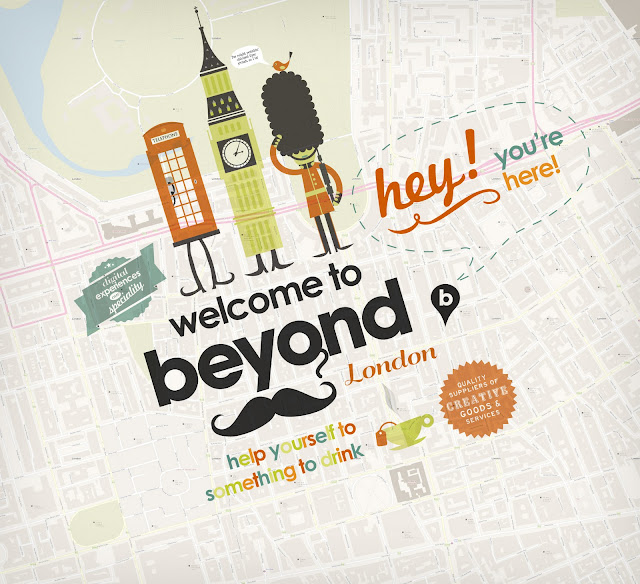 Beyond has now expanded into a second office (which I'm now in). With a couple of large plain walls they asked us designers to come up with some illustration ideas. This was mine, kind of following on from the other office illustration that I did.  The map used is actually our location (with the "b" pin showing our office.) I had to piece it together from dozens of full-screen captures of a Bing map to get it high res enough for a wall. I also added in some "easter egg" type detail of putting in additional fake location names on the map (see after the break for enlargements).

This one didnt make it to the final choice - which is cool. The design that my colleagues Neil Fox and Tony Georgiades came up with is excellent. And another concept I did (not shown here) was adapted in part for one of the walls, so something of my work appears in it (including the Beyond London logo above). 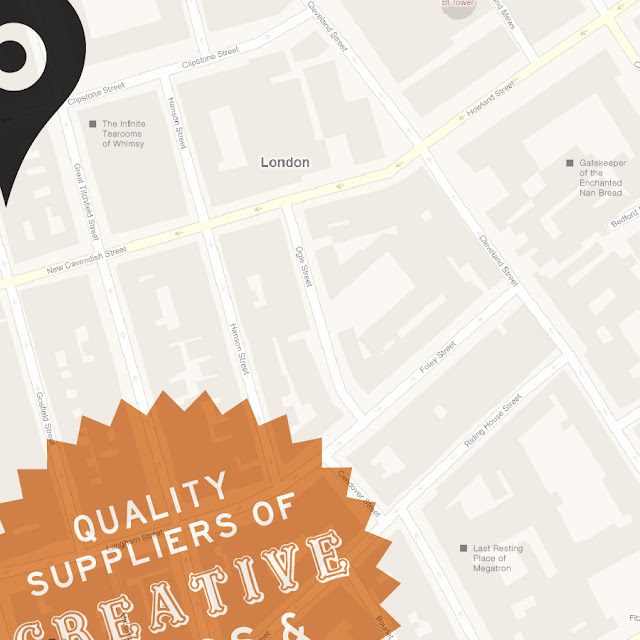 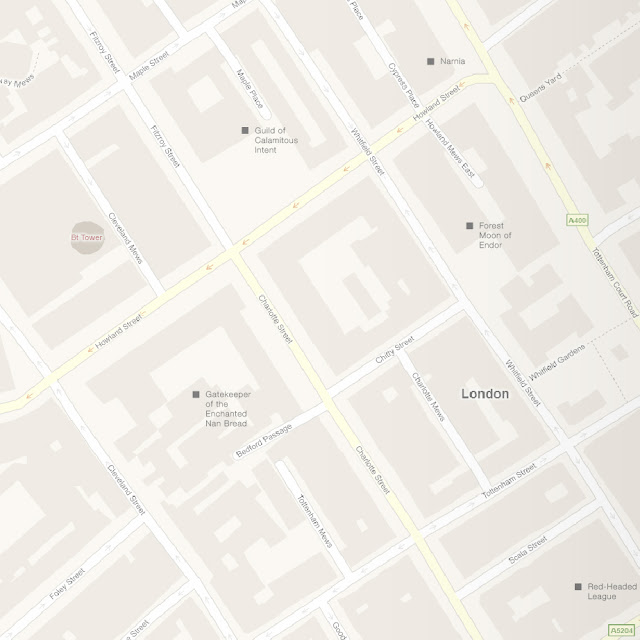