Books, By Their Covers: Hitchhikers Guide 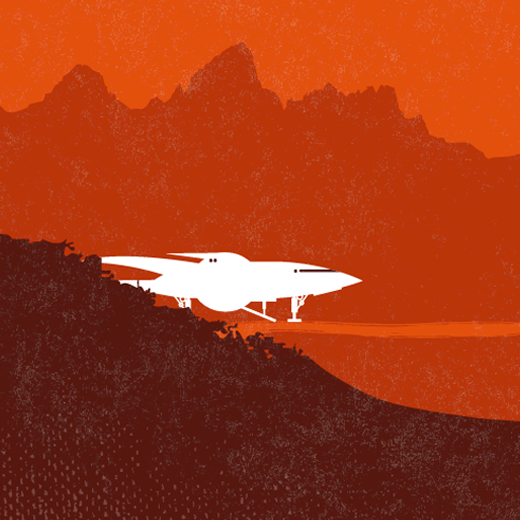 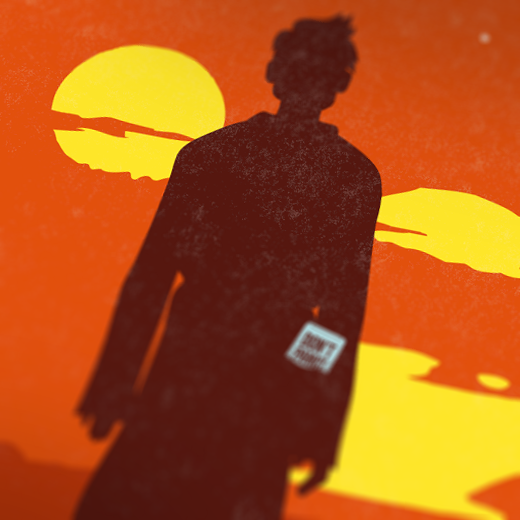 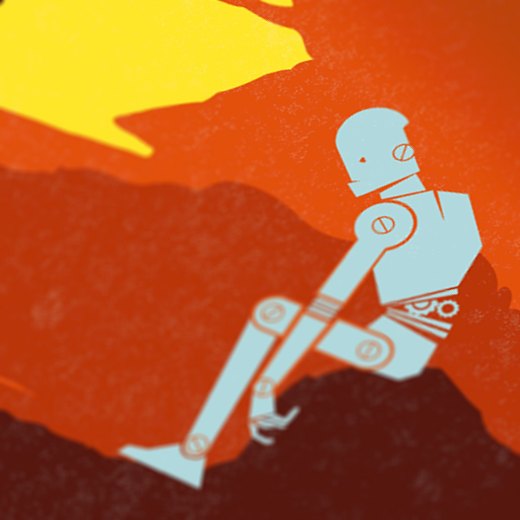 This is the first in a series of illustrations called Books, By Their Covers. In the series I'm taking my favourite books and creating posters for each of them.  In the first, I chose The Hitchhikers Guide to the Galaxy by Douglas Adams, as its by far one of my favourite books and series. I chose two characters for the illustration, Arthur Dent (the protagonist) and Marvin, the Paranoid Android. In the scene shown, Arthur is experiencing his first realisation that he is travelling the universe, as he watches the sun set on Magrathea with Marvin. He is explaining to Marvin how awe inspiring it is, and Marvin replies that its rubbish. Marvin's job in the books is very much reminding us that the universe in Adams world is fraught with errors and breakdowns, no matter how hip and froody it appears.

In the distance we can see the Heart of Gold, the spaceship stolen by Zaphod Beeblebrox that carried the heroes to Magrathea. Tucked in Arthur's pocket (or bag, its not clarified which) we see his copy of The Guide, lent to him by Ford Prefect.

I'll hopefully be doing more in this series over the coming months.