Welcome to the Basement 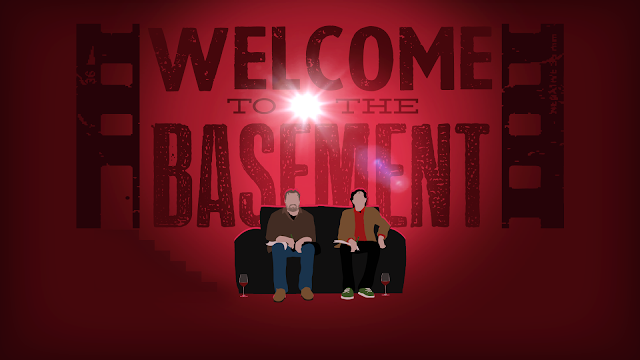 After being hooked on the excellent Beer & Board Games by Blame Society Productions, I then moved on to watch another of the cool online show called Welcome to the Basement.

Here Matt Sloan and Craig Johnson watch a movie each week from Matt's backlog of films he's never seen. Its a funny, intelligent and entertaining show that leaves you wanting to start seeing more movies yourself.

I sent them the above illustration, which I just did to fill a quiet afternoon, and was delighted when they replied and Matt decided to use it as the main title slide for their new series! Its already been used, so its a huge honour for me to have it actually appearing on the show.

I'm now also mentioned in the end credits of the show! Really cool!

Here's the titles is in use: