This is the first of 3 games that Im working on with a great guy named Aerjen. This card-based game is a very simple, yet clever game, based around a dream. How you play the game determined whether you awake from you slumbers, or remain locked within the nightmare forever!

This is the first concept artwork for the card style, and logo branding. There'll be more posted as time goes on.


Here is the current art for the Cover - but this is still a work in progress. Very much a creepy bedtime storybook feel: 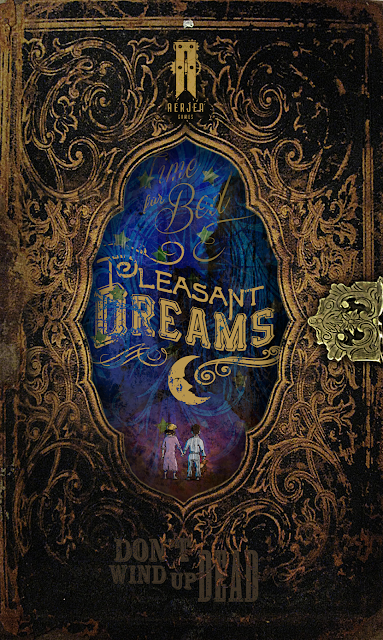 New cards added below - The Night Light, The Sleeping Cat and Under the Bed


Aerjen is going forward with an Alpha Test print, ready for a show. He thinks there are enough cards created now to technically play the game - and the rest he will mock up.

In view of this, I created a box artwork. I'll post a photo of the finish box when he gets it in the post: 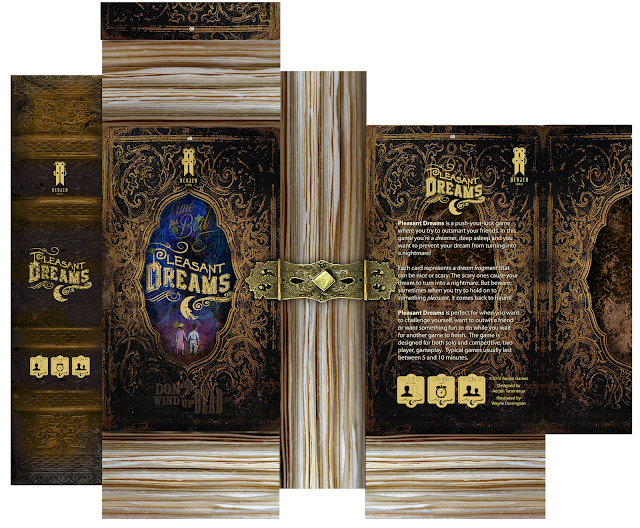 We're getting somewhere now - I've created all the versions needed for the Bear card, and sized it ready for printing. Added in the new relaxed bed-time version, and the ultra creepy spider version (yuk). 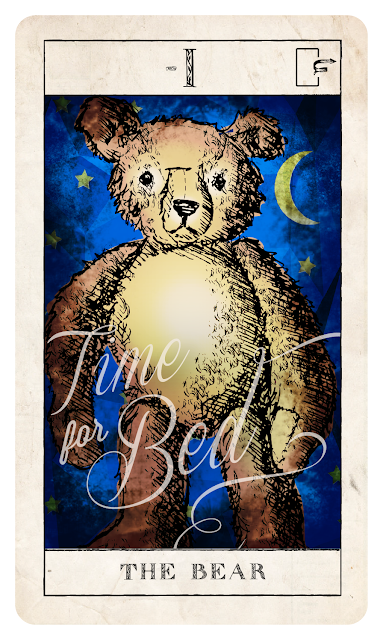 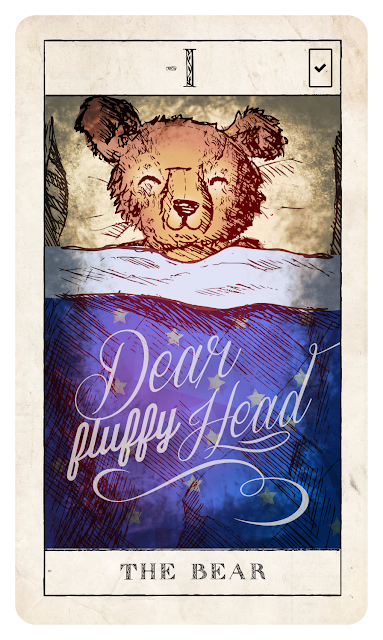 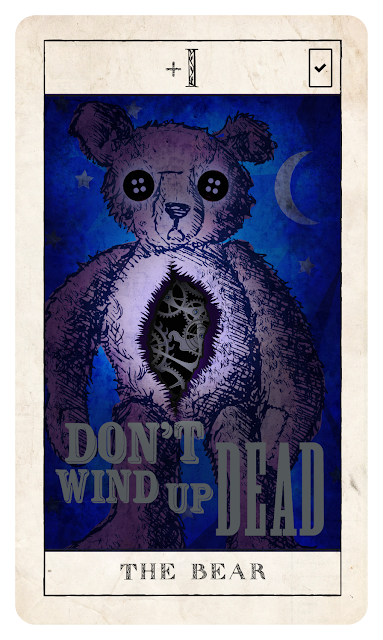 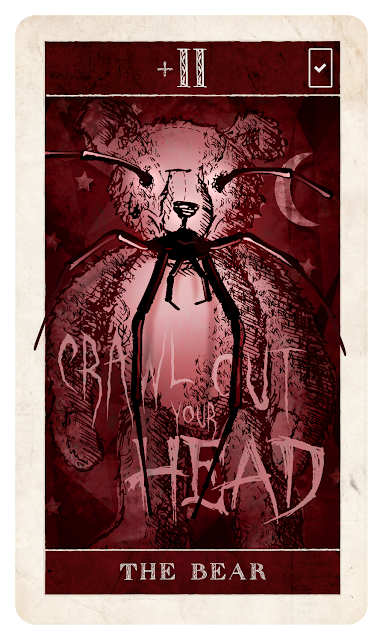 Another new card below: Jack in the Box. Also very creepy. This was actually my second attempt, but the first one was too cute. This one, most definitely is not. More cards soon. 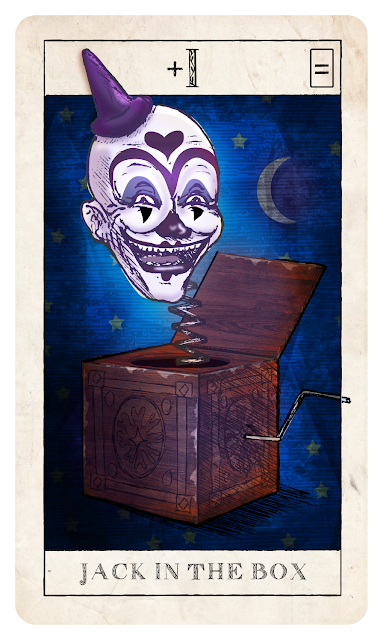 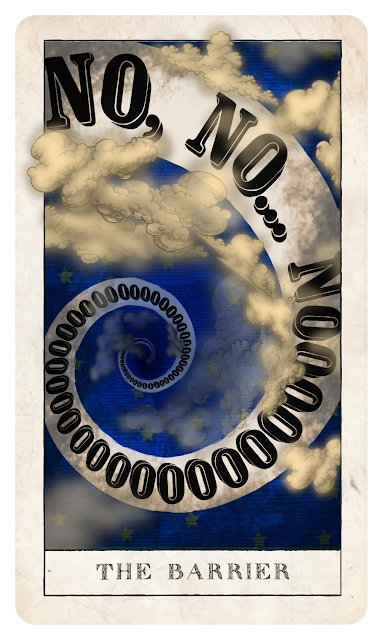 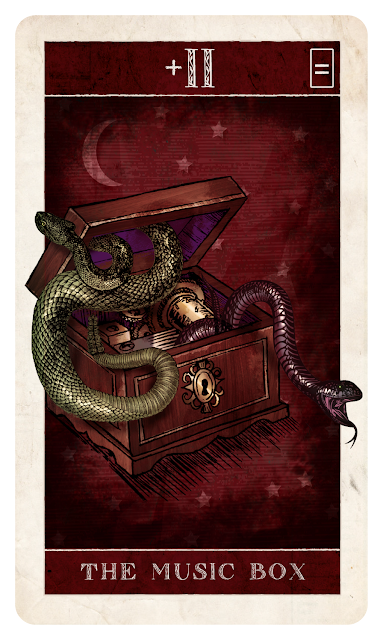 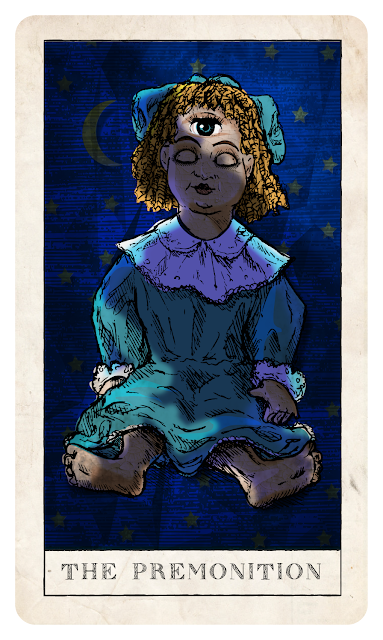 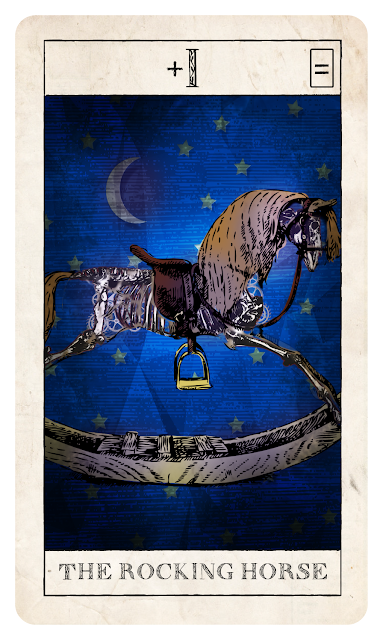 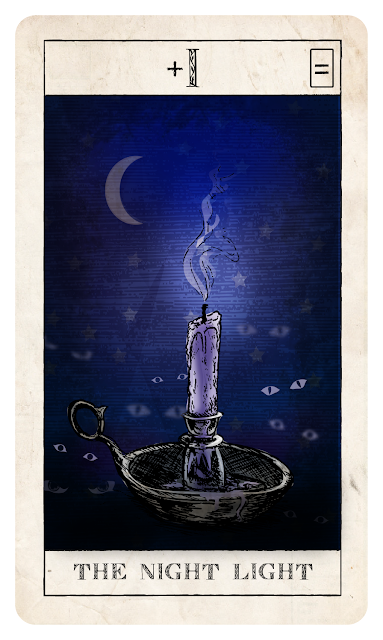 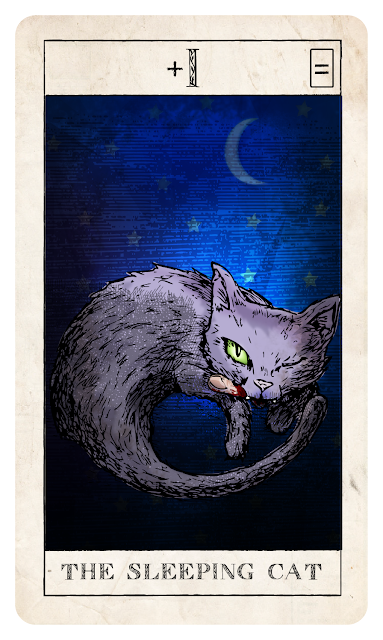 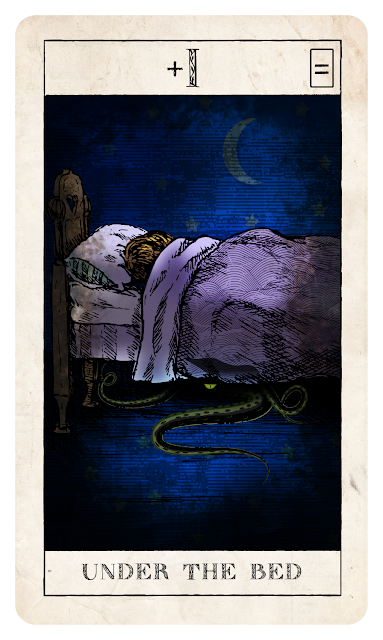 Below is another card - this one is slightly different, as it has a separate function. But Aerjen and myself fell the style is working now, so its looking like the way forward.

This time I spent longer recreating a period engraving style, combining it with my own hand-drawn illustration. This, combined with a midnight blue and purple colour palette, seems to get the right feel across we wanted (slightly creepy storybook).

Update:  Added the boy version also, so players can choose. 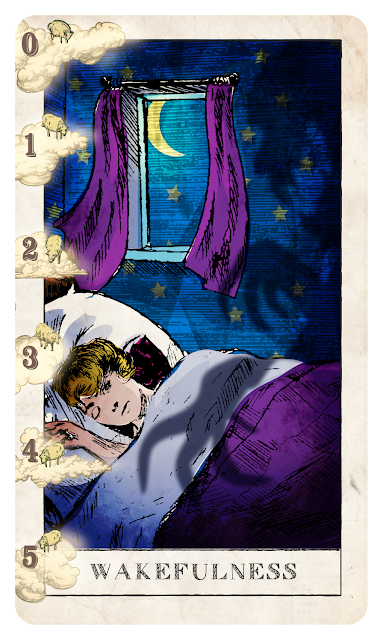 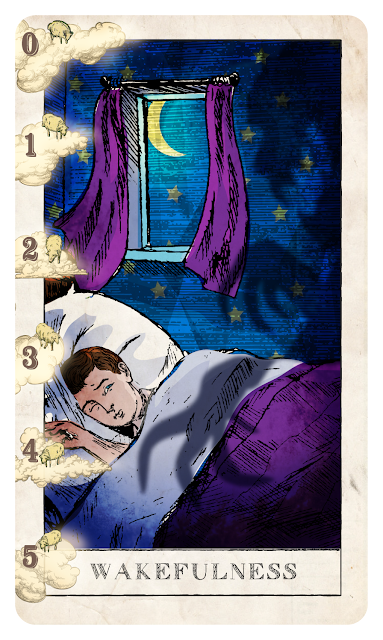