Beyond recently got a Makerbot Replicator 2 3D printer - so I really wanted to try modelling in 3D so we could have something unique printed out.

So I started with Google Sketchup - really easy to use and great for geometric style models. I went through loads of tutorials and eventually created a robot: 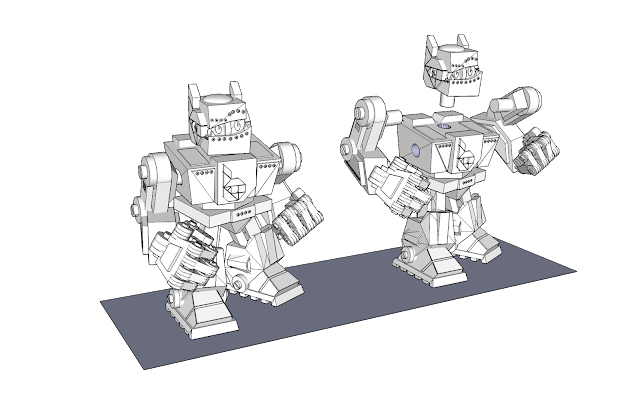 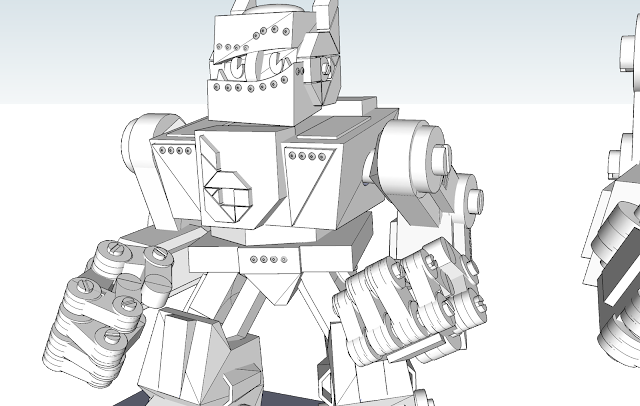 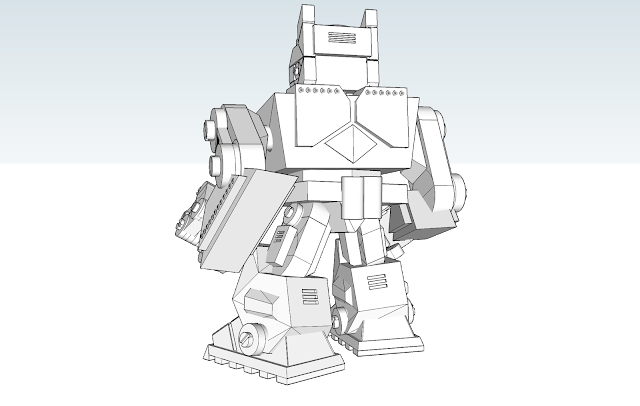 I know its sad, but the idea of having the Beyond 'b' logo as his Optimus Prime - style ears was a particularly joyous thing. Nerdy, but joyous.

We then tried to export the model to STL format and print it out - we sized it at about 3.5 inches tall and set the printer running over a weekend.

Friday evening, it was well on its way - heres an exciting shot of something happening with makey-printy stuff: 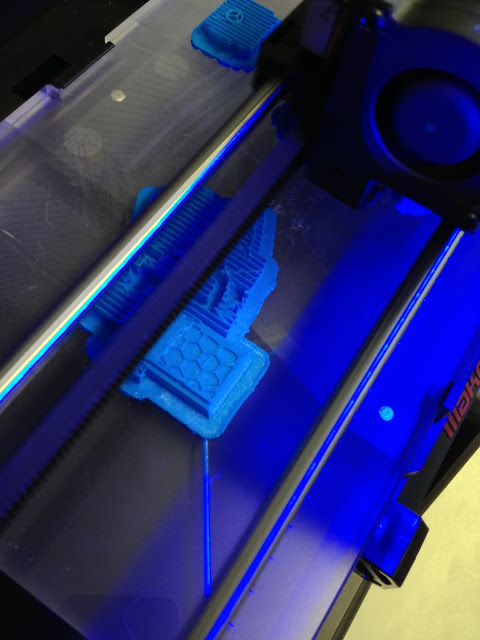 Originally, the model was 3 parts, with a jointed head and arms. After a looooonnng weekend of waiting, I scampered back into work Monday morning to see my robot in glorious 3D - and here's what awaited me: 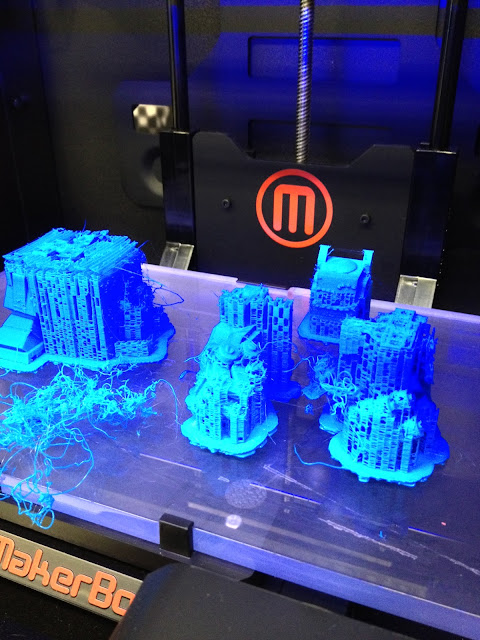 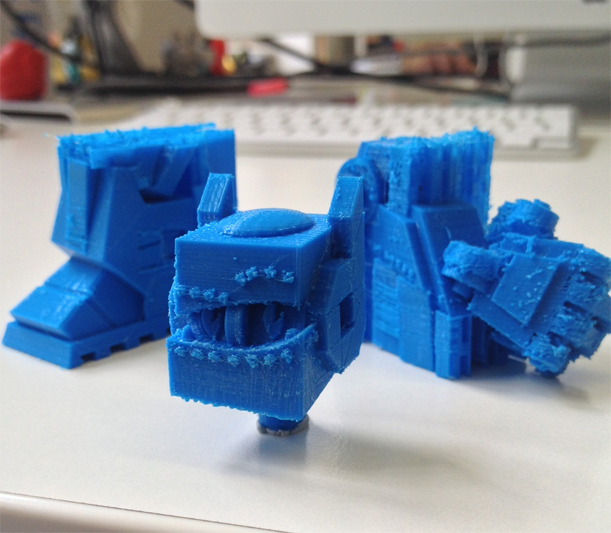 Yep - whole thing didn't print. We thought it might be something to do with the temperature of the room, or that the polymer feeder got stuck. Cleaning it up, all I got was a head and bits of an arm and leg. It was a shambles.

We tried again with a bit of file checking, and the results were worse. So bad in fact, Im not going to show it.

Turns out Sketchup models are notorious for errors, which the Replicator doesn't like - I tried to fix the model best I could with some plugins, but the times we tried after that showed errors.

But then I found an online service that checks and repairs STL files and then re-saved them. http://cloud.netfabb.com/  Free services at the moment, and excellent. The file showed loads of 'gaps' and spaces in it, which were repaired. So, we gave it one more go... 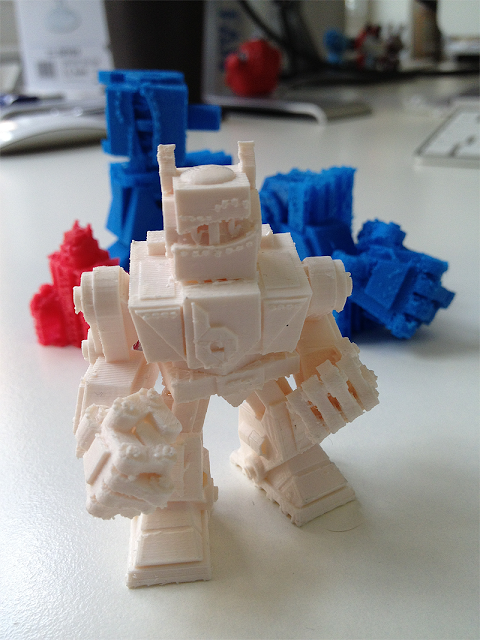 Seen behind it are the sad misshapen failed parts from its predecessors. With all of the body parts and with its liking of nuts and bolts, I felt the best name for it could only be FrankenBot. Good work FrankenBot. Welcome to my desk.