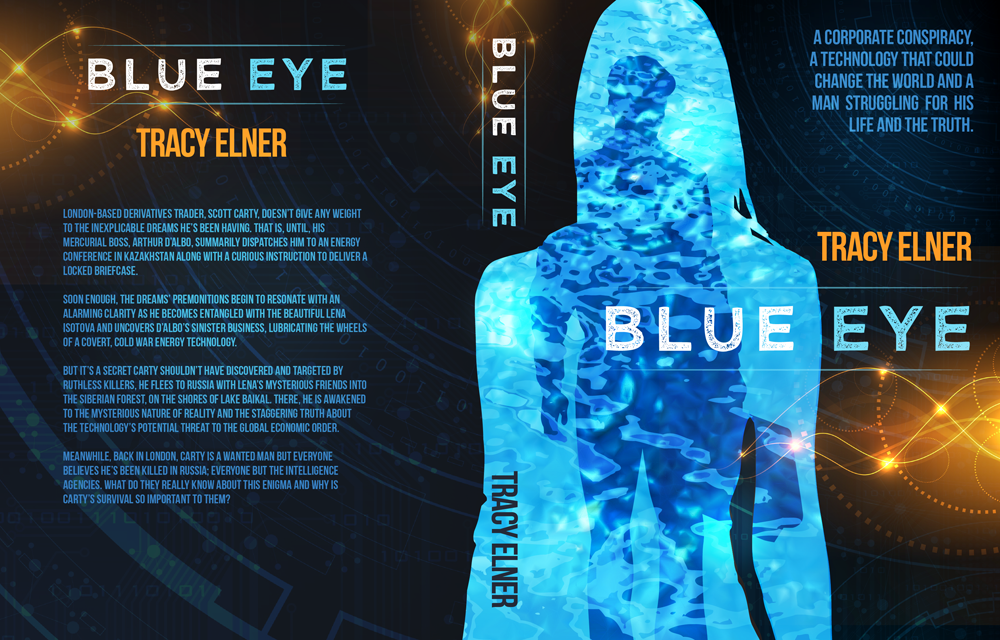 Through my friend Neil Fox, who works with me here at Beyond, he introduced me to Tracy Elner, who needed a cover designing for the book he has written, Blue Eye.

Neil and I both did some concept ideas and Tracy liked them both - so mine was used for the book jacket, and Neil's the website.

The story is a corporate conspiracy, where a mysterious secret technology becomes the centre of an espionage adventure.

From the brief outline given to us, I focused on a pool of reflection motif, which also doubles as a lake (one of the key locations in the story) with the outline of the protagonist holding a briefcase. This is housed in the silhouette of a woman, which is another character in the story that plays an important part in proceedings. I then added in some tech and energy-like graphics, as this relates to the secret technology.

You can download the book via amazon via here