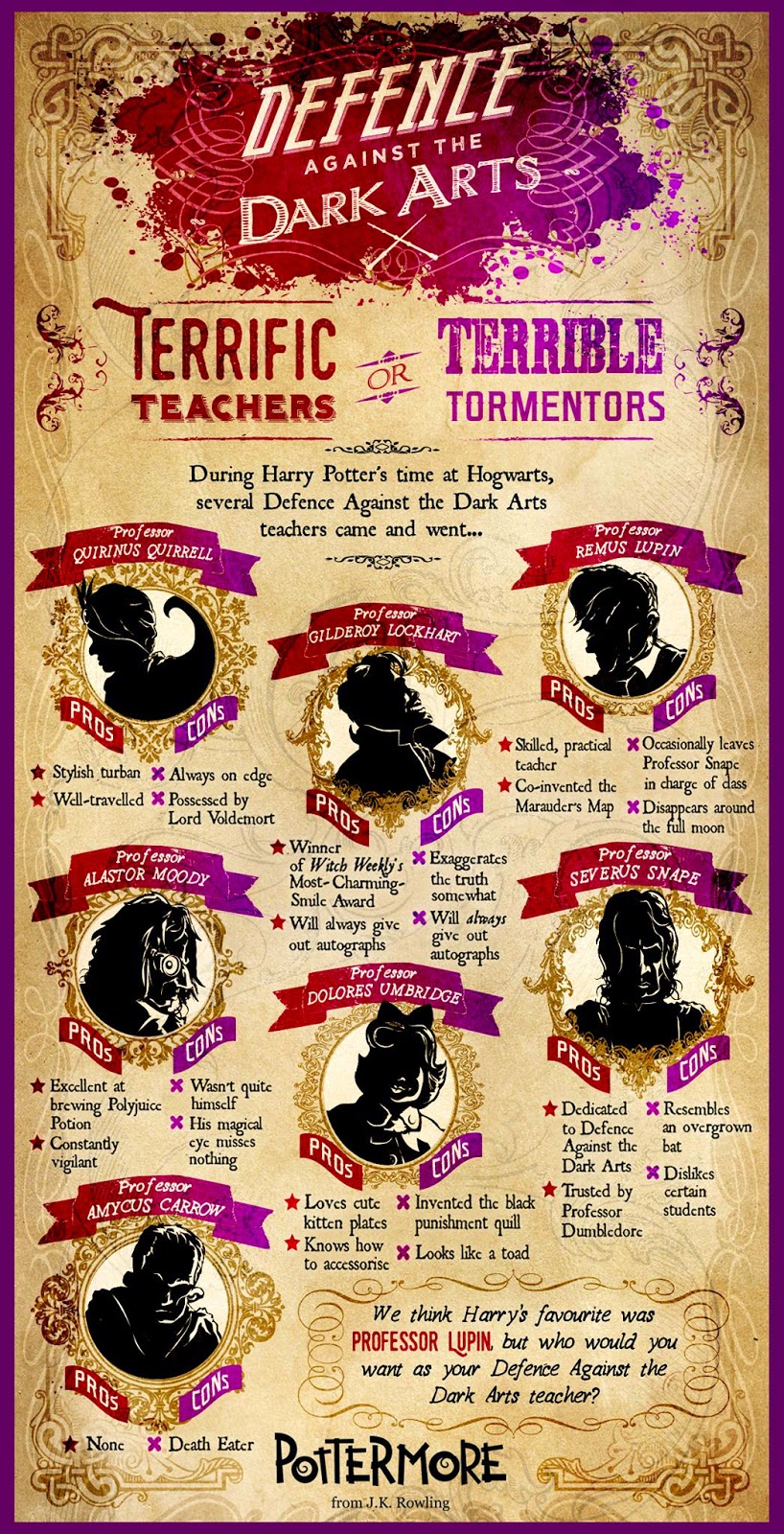 This is the second of my official Harry Potter infographics, commissioned by Pottermore.com - the Harry Potter social / gaming / news site, originally set up by J K Rowling as a home to expanded development of her works.

This work focuses on Defence Against the Dark Arts, asking which of the cannon's Professors you would want to be taught by yourself.

This piece required more illustration, as it was calling out for 'portraits' of each of the characters. And it needed a darker feel (due to the subject matter) than the Cybil Trelawney infographic - so I went with a darker parchment and mixing some red into the colour palette.

You can see it via the Pottermore social media channels